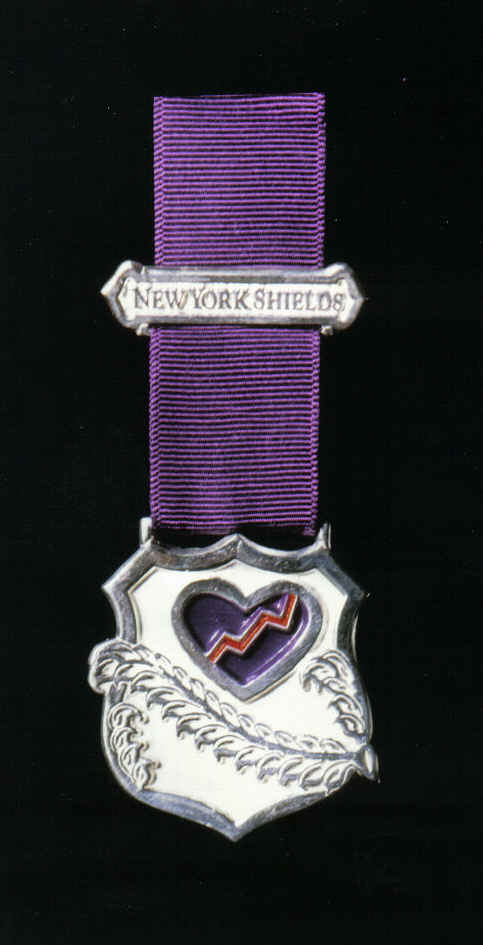 The Purple Heart is the oldest American military decoration of military merit, originally established by George Washington in 1782. It was awarded to members of the United States Armed Forces who had been killed or wounded in action against the enemy. The New York State Shields 'Purple Heart' medal was designed in 1990 to honor law enforcement officers who have been wounded in the line of duty. Inspiration for this medal was largely due to Shields member, S. Gary Schiller, a World War II veteran and Purple Heart recipient who was seriously wounded during the historic D-Day Invasion. Gary, a past New York Commander of the U.S. Military Order of the Purple Heart, has led us in the Pledge of Allegiance at our annual memorial breakfast and general membership meetings.

In November of 1997, the New York State Shields announced the first recipient of this new medal: New York City Police Department - Police Officer Neil Forster, who was seriously injured in the line of duty. Tragically, less than one month later, on December 11, 1997, after a heroic year-long battle Neil Forster died from complications relating to the injuries he had suffered in the line of duty. The Distinguished Service Cross medal was established to honor the memory of a fallen hero, and it now stands to memorialize two heroes, both having made the 'supreme sacrifice.'

The New York State Shields pledge their commitment to the memory of Michael & Neil and the surviving families of these true heroes. 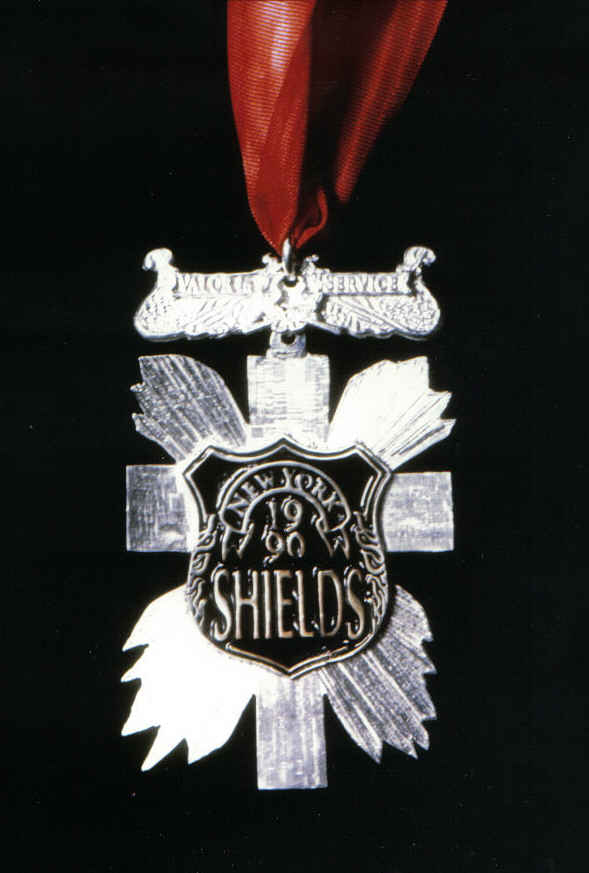